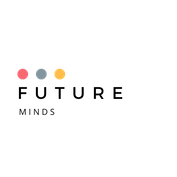 Dressing for Security or Risk?

This paper was based on an exploratory study of the exchange of meaning taking place in relation to the consumption of clothes. Based on our data analysis, we created a distinction between two consumer types, the security oriented fashion consumer and the risk oriented fashion consumer, who seem to have so distinctly different motives for consuming clothes that there is practically no diffusion of innovations between them. The two consumer types were described according to their consumer and purchase behavior as well as according to their fashion media consumption, and in the end new questions were proposed for fashion diffusion research on a changing fashion arena.

In Pursuit of Ugliness

- Searching for a Fashion Concept in the Era After Good Taste

Based on results from an empirical study, this paper develops four fashion concepts which have been significant in fashion research, and which all entail different presumptions about culture, identity and reality. It also introduces a new fashion concept capable of embracing the fragmented, diverse, and often 'anti-fashion' behavior of post modern consumers.

The emergent market of electric vehicles holds an interest for companies across the globe as this can potentially lead to large scale global growth. In general, the main research conducted in the area has been quantitative which has given a linear understanding of the hopes and motivations that drive consumer behaviour. This article takes a qualitative approach seeking to understand processual aspects of consumer behaviour. By using the case of the etrans Design Collaboration, a three year EU funded project that seeks to make electrical vehicles a commercial success in Denmark, we present five consumer voices derived from an in depth qualitative study. These are positioned using an adoption curve for the introduction of innovative products such as the electric vehicles, and combined with a model for strategic business design in emergent markets. In the case of the emergent market of electrical vehicles, we find that companies that focus on the development and design of tangible products, rather than systems such as infrastructure, will be the first to be adapted into the market of electric vehicles, thereby gaining a strategic and competitive advantage.

For the past years, we have heard educators and business people express their serious concerns about the new generation of young people now entering the job market. They call them ‘the curling generation’. Apparently, this is a generation who have grown up surrounded by concerned and caring adults who have swept away all obstacles for them in a misguided attempt at making life as convenient and carefree as possible. As a consequence, it is claimed that this is a genereation who will tolerate no hardships.

This is not the first example – nor will it be the last – of adults who express their concerns about a genereation. The stories are often different variations of the same two themes. In some cases, it´s the story of ‘the spoiled generation’. In other cases, we hear stories about ‘the victimized generation’; for instance, when we hear the horrid stories about children whose development is crippled by the fact that they spend a large proportion of their everyday lives in front of a screen.

It is always appropriate to be concerned about children’s development and the potential ill-effects of new materials or objects. But the content of the debate is often misleading. No one has made an attempt to put the debate into a more positive perspective. For the past 10 years at least, politicians, management gurus and industrial leaders have been propagating that the future work environment will be characterized by constant change and that we need to create a work force characterized by a higher degree of ‘readiness for change’.

We have a generation of young people who have grown up in a highly changeable society, where they have had the freedom, but also the responsibility, to find out what was right for them. They are not only used to constant change, but they actually thrive on it and expect it in their everyday work!! In many ways, they are the incarnations of what the management gurus and industrial leaders were crying out for. What a success! But instead, we complain that they are spoiled and unfit for the job market, because they reject routine tasks and because their sense of loyalty is not to the same extent driven by external forces, such as a sense of duty or a fear of repercussions, but to a higher degree by internal forces, such as personal motivation and opportunities for continuous learning.

In this paper we discuss the conceptual foundation of user driven versus design driven innovation. To do that we draw on examples from a user driven innovation project called 'etrans' focusing on investigating what it will take to turn sustainable transportation into a market success in Denmark.

The objective of the paper is to propose a framework for analyzing the existing divide between user driven and design driven innovation, and it proposes an optional 'third space' between the two concepts named 'interaction driven innovation'.